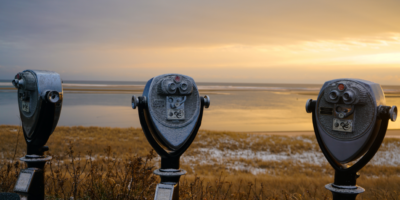 Over the last decade, the oil industry has been known for its volatility and uncertainty, and its share in the global economy has fluctuated. For example, between 2010 and 2013, 10% of the market capitalization by companies listed in the world stock market was accounted by the oil industry. However,  this figure dropped to 6% by 2018.

In addition to market share, in the past five years, the energy industry has also been affected by enormous volatility in prices, with prices getting lower and lower.

Finally, this year we must add the Covid-19 pandemic to the context analysis, which has caused worldwide governments to stall economic activity and restrict mobility freedom to billions of people, affecting energy consumption and, consequently, oil demand.

This scenario makes it very difficult for any company in the oil industry to carry out its activity and maintain its economic performance levels. That is why all industry actors are trying to adapt to the new reality by implementing different measures, but what are the prospects for doing so? What is the long-term future of the industry? Wood Mackenzie has looked into these questions and published a report that presents three potential scenarios.

The first is the ‘full recovery’ scenario where Wood Mackenzie contemplates a strong rebound in the world economy, with the global GDP level recovering without any long-term effects from the pandemic.

The second and the third scenario are more conservative regarding the pandemic impact on the economy and the recovery of the energy sector.

The report labels the second scenario ‘Go it alone’ and includes a reversal of globalization, with an economic slowdown and reduced growth. In this scenario, 2023 expected oil demand would not be reached until 2030.

Last, it presents a third scenario, called ‘greener growth,’ which relies on an ‘accelerated energy transition’ and where programs such as the European Green Deal and the Green New Deal in the US reduce the increase in oil use. In this scenario, oil demand would stabilize in the 2020s before falling sharply in the 2030s.

Which scenario is the right one? I do not have the answer, but the pandemic will leave consequences both in markets’ and consumers’ minds. We can only wait to witness it and then rethink our products, services, and business models to continue to serve our customers with quality and innovation, prepared for any context.